Hippocrates, a Shipwreck and the Revival of Medical Traditions

The name of Hippocrates is synonymous with medicine. But does the historical man deserve the title “Father of Medicine?” Or does the appellation actually limit our understanding of ancient Greek medicine and its importance through history? 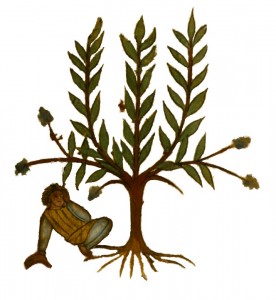 Join Smithsonian scholars Alain Touwaide, PhD and Emanuela Appetiti to explore this topic through extensive study of the history of Greek medicine from its most ancient written trace to present-day heirs of this long tradition. From case stories and documents generated by the Hippocratics to the DNA sequencing of the plant medicines recovered from a 2nd century BCE shipwreck, Touwaide and Appetiti explore how research and modern technologies bring ancient Greek medicine alive in our time.

The emergent picture is not only more real and lively, but also much richer, made of empirical discoveries by trial and error during centuries, carefully repeated and refined generation after generation, and constantly transmitted with great care. Hippocrates and Greek medicine appear in a very new light: not so much the hieratic “Father of Medicine” and a canonical corpus, but the conclusion of a long journey of humankind – and the starting point of the next adventure of the human spirit. 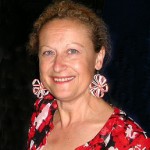 Emanuela Appetiti
Currently a research collaborator at the Smithsonian Institution in Washington, D.C., Emanuela Appetiti is a sociologist with a specialization in ethno-anthropology who has done research in several institutions throughout the world, and studied and visited traditional populations worldwide. She gained intercultural experience and professional expertise in public relations, media relations, marketing, and sales during her time with the auction house Christie’s Italy in Rome, where she was press officer and clients liaison. For the past several years, sharing life and a strong passion for research with Alain Touwaide, she has become increasingly focused on history of medicine and of ethnobotany in the Mediterranean basin. She is fluent in Italian (mother tongue), English, French and Spanish. 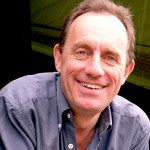 Alain Touwaide, PhD
Currently a research associate at the Smithsonian Institution in Washington, D.C., Alain Touwaide‘s research deals with the history of botany, particularly the medicinal plants, from Antiquity to the 17th century, in the Greek, Latin, and Arabic cultures that flourished around the Mediterranean Sea. Through a trans-disciplinary approach, which involves philology and history, medicine and pharmacy, pharmacology and ethno-anthropology, he analyzes ancient texts in their original language (Greek, Latin, Arabic), prepares critical editions of major works (with English translation and scientific analysis), searches in libraries all across the world for unknown ancient manuscripts, and produces reference works on ancient botany, therapeutics, and plant representations (paper and internet publications).

Dr. Touwaide is a Fellow of the International Academy for the History of Pharmacy, of the Washington Academy of Sciences, the American Association for the Advancement of Science, the Royal Medical Society, and the Accademia di Storia dell’Arte Sanitaria (Italian Academy for the History of Medical Arts). He is fluent in French (mother tongue), English, Italian and Spanish, and has a good knowledge of several other languages.

These events are co-sponsored by Oregon Physicians for Social Responsibility.